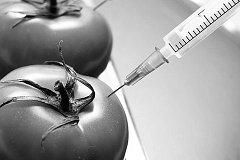 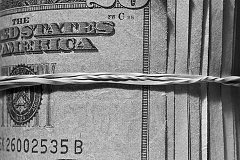 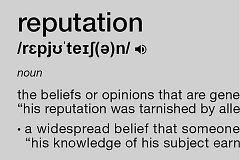 In a service sector of generalities and overstatements, we would like to think we are among the few who can genuinely deliver exactly what is promised.

With team members located in key countries around the world, our local knowledge, contacts, perspectives and response capabilities are global.

Our partners form a team that draws together skills from the military, security and intelligence services, commercial and political backgrounds.

Every service we offer is actively directed and conducted by senior personnel who have specialist skills that have been crafted in some of the most delicate, demanding and hostile circumstances.

Supplemented by a network of close associates our model combines the vitality and agility of a smaller consultancy with the extensive resources of a significantly larger organisation.

Maritime-piracy that developed into a land-based kidnap

A general cargo vessel was hijacked with her 15 strong crew while transiting the Somali basin.

Some months later and following a negotiation, the vessel was released with 8 of her crew but the remaining 7 seamen were taken ashore and held kidnapped under appalling conditions and with no direct sponsorship.

Late in the day a group of marine industry leaders banded together in an attempt to have the men released, at the time, the longest held maritime-piracy captives in recent times.

Crux Risk was instructed to develop a strategy and to lead in having the men freed. Through use of our own people and political contacts in Somalia and Kenya, Crux brokered a release and managed an extraction of the kidnapped men by aircraft out of Somalia into Kenya.

From there Crux supervised their reception, medical requirements, administration and repatriation to their home countries.

An established European business with a subsidiary in the Far East had one of their senior employees detained, their passport removed and their freedom of movement restricted. No formal charges were made or could be brought to bear by the authorities but the company was subject to extortion payments.

Despite endless attempts by lawyers to resolve the matter no progress could be made.

Using regional experience, knowledge and local contacts we developed 3-working options for the company to consider. One of those options was adopted, negotiations took place and the individual was released and returned to Europe.

An international maritime law firm acting for a Lloyds underwriter, instructed Crux Risk to review case-work files for a maritime-piracy insurance claim which was thought could be erroneous or possibly fraudulent.

Crux was not only able to use significant and wide-ranging case experience to review files, logs and transcripts but to comment on and validate the actions of the responder.

A leading company in the financial sector instructed Crux to undertake a Reputation Management Review.

The company was aware that reputation damage is one of the leading concerns in the industry today and needed to understand its implications more closely in the context of crises. They wanted to see how it could better understand and manage reputation and to identify areas where it needed to be more resilient.

Crux's Head of Reputation conducted the review and the team highlighted areas not only for improvement and resilience but also areas of opportunity for the company.